My team – friends, relatives and collector/dealer volunteers, the people from De Polfermolen and I, would like to welcome you all who come (again) from far away and nearby to the next bourse, welcome you to this ever growing event.

Over the past years the previously named “Maastricht”, as it is called by many of you, has become a trademark amongst banknote-collectors and dealers alike from all over the world. Including more and more collectors of old bonds & stocks from now on.

Not without reason has it grown into the biggest event in Europe for the papermoney collector. (Some even claim it to be the biggest worldwide) All tables in this room added, make over 550+ meters/yards of banknotes on offer by people from over appr. 70 nationalities back over the past years. This was for the April edition so far. The September edition still has fewer stands, but is only being held for 15 years, against 35 years in April.

A short explication is due here, many have asked me over the past years:

Why was it called “PaperMoneyFair – MAASTRICHT
– when the event tooks place IN Valkenburg??? 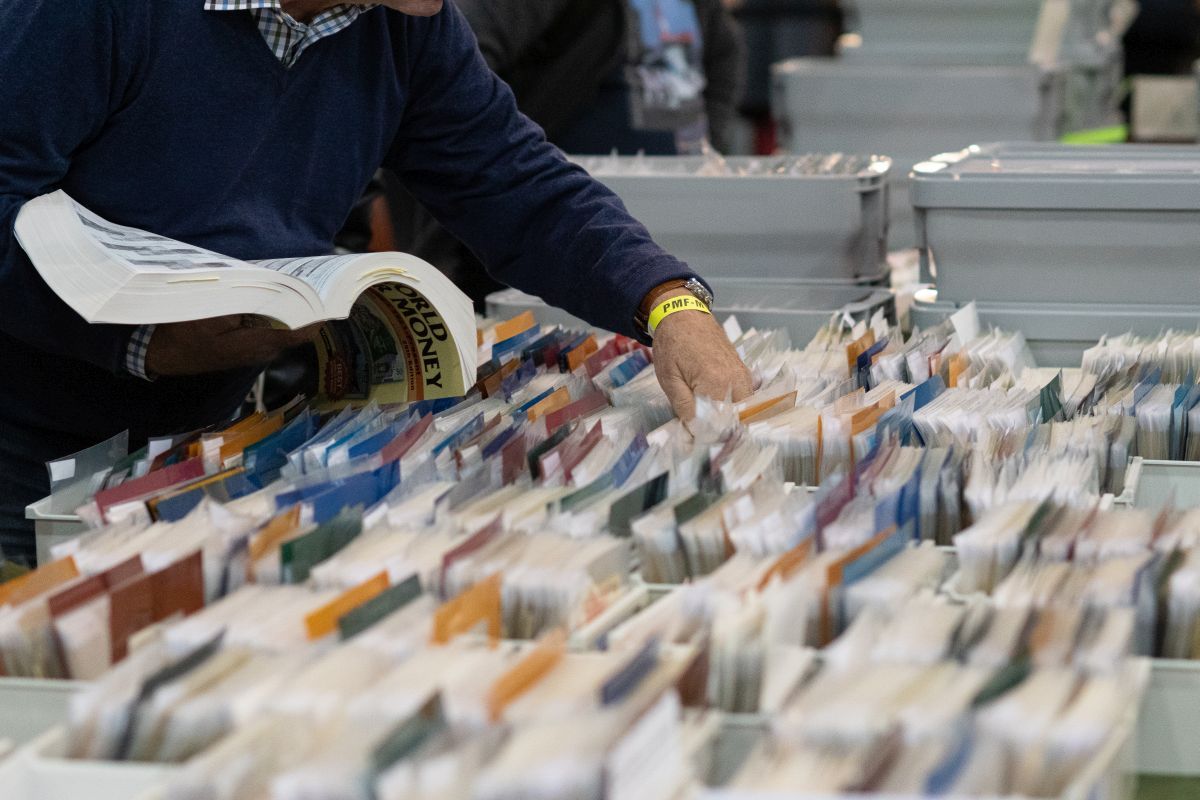 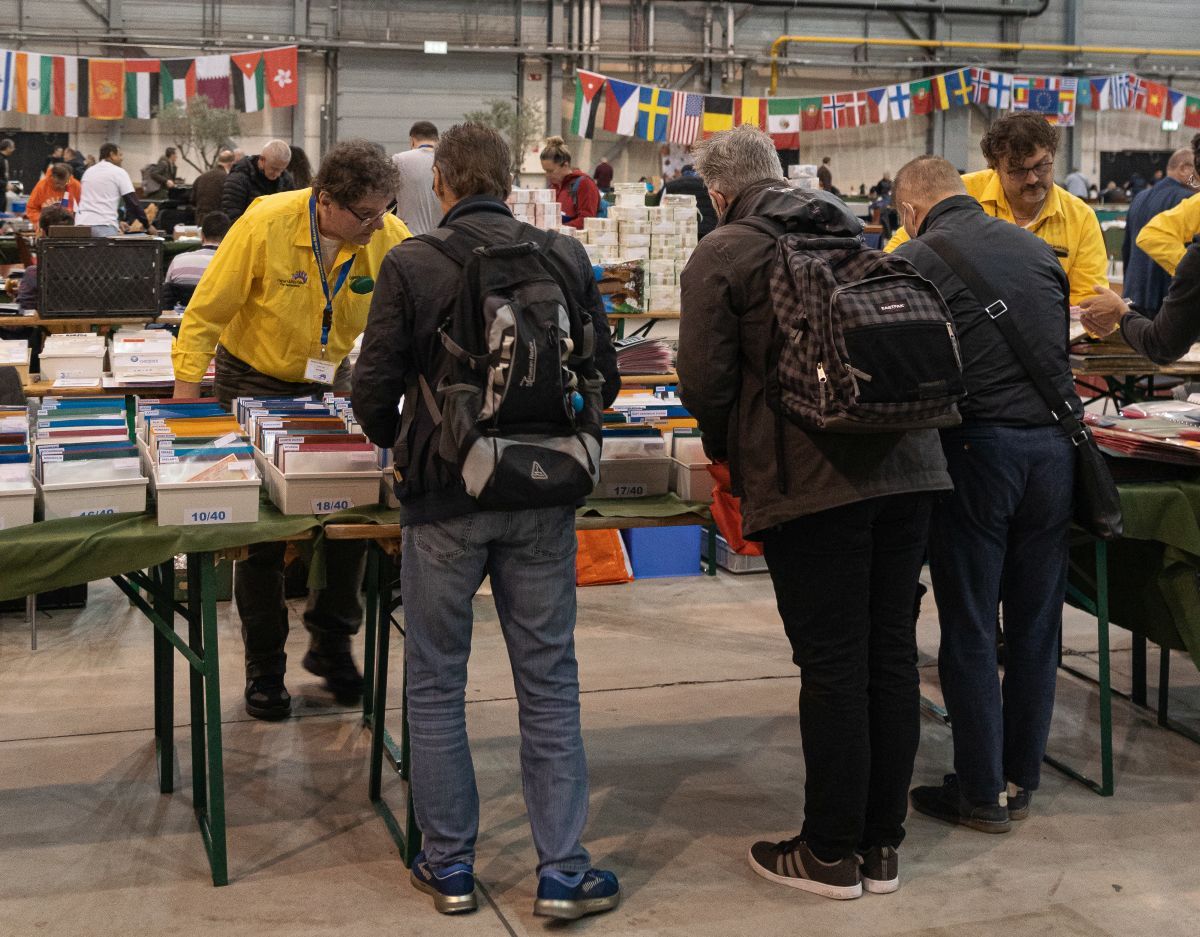 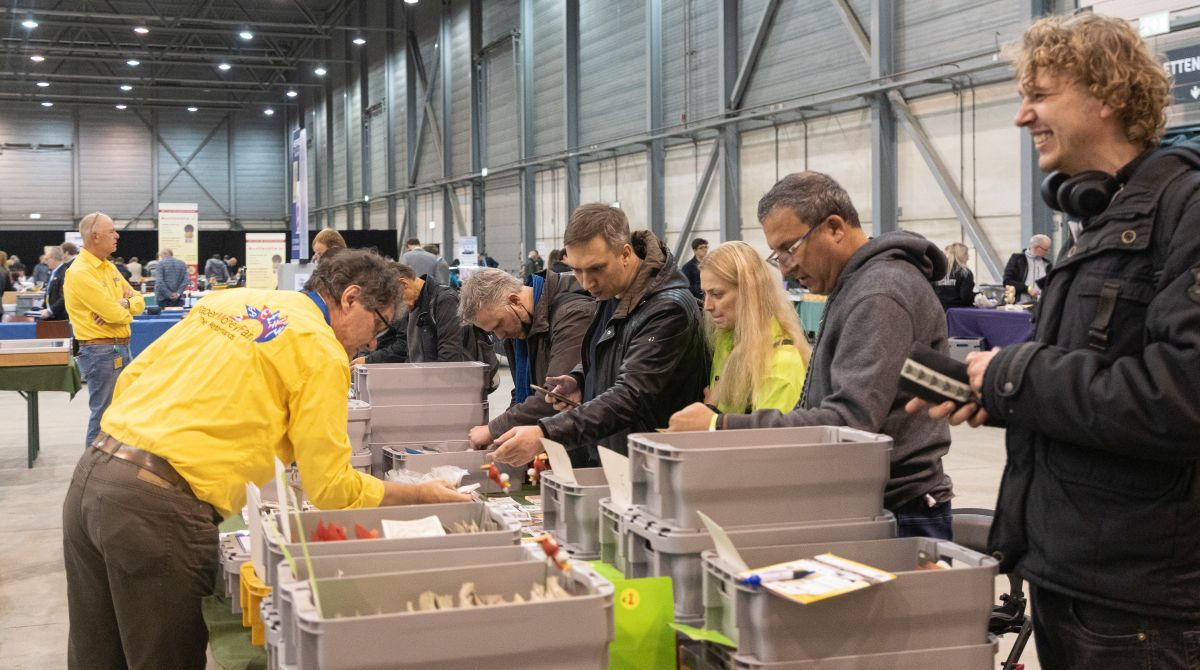 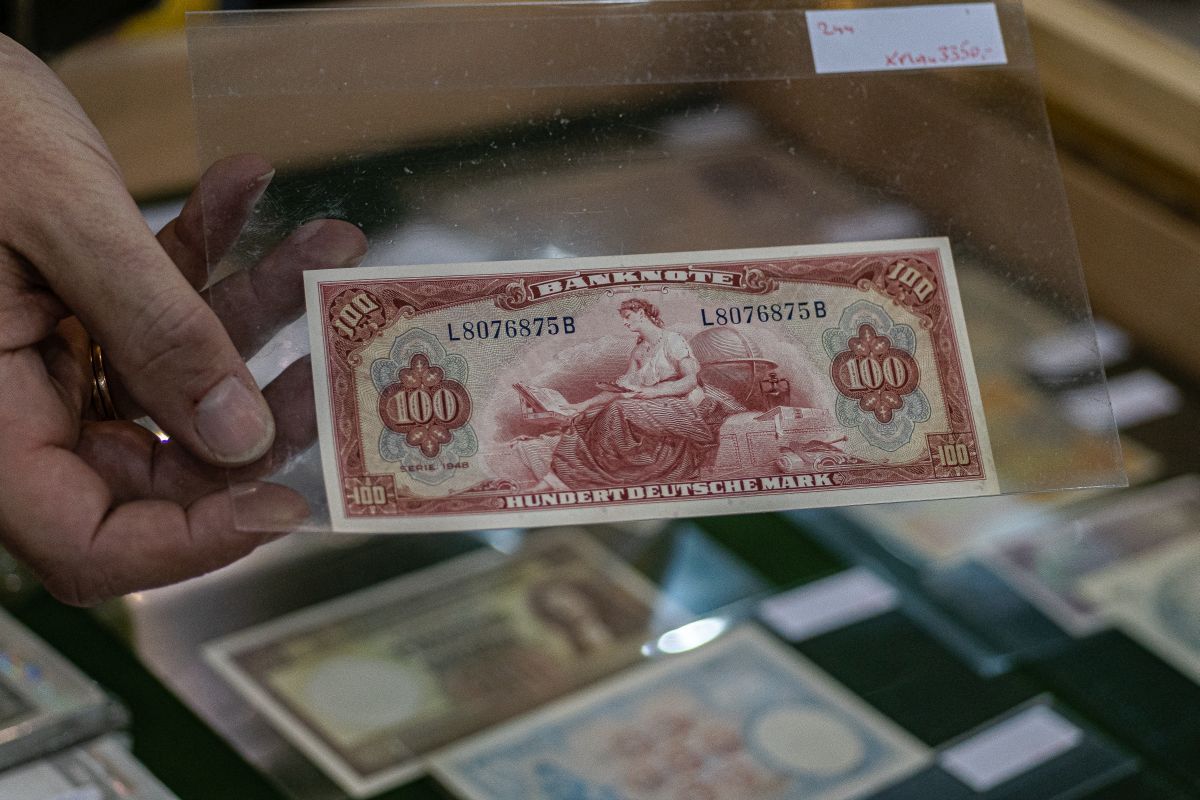 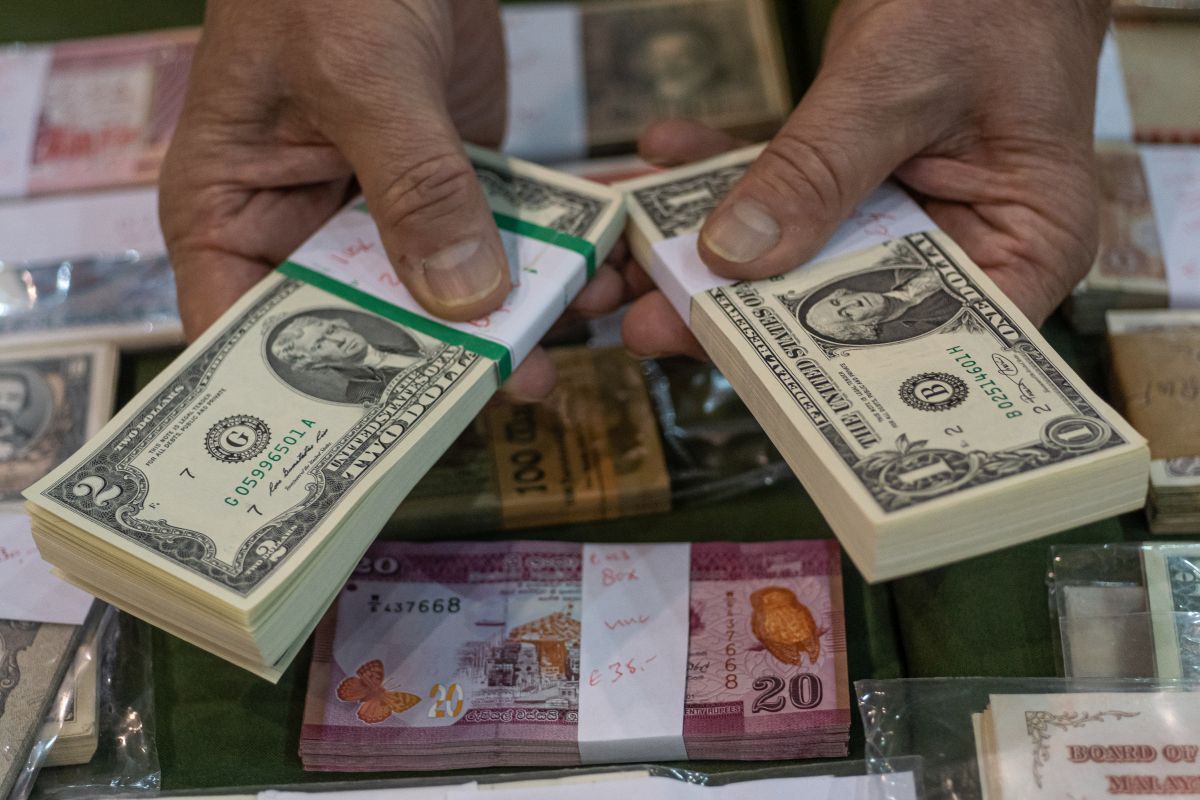 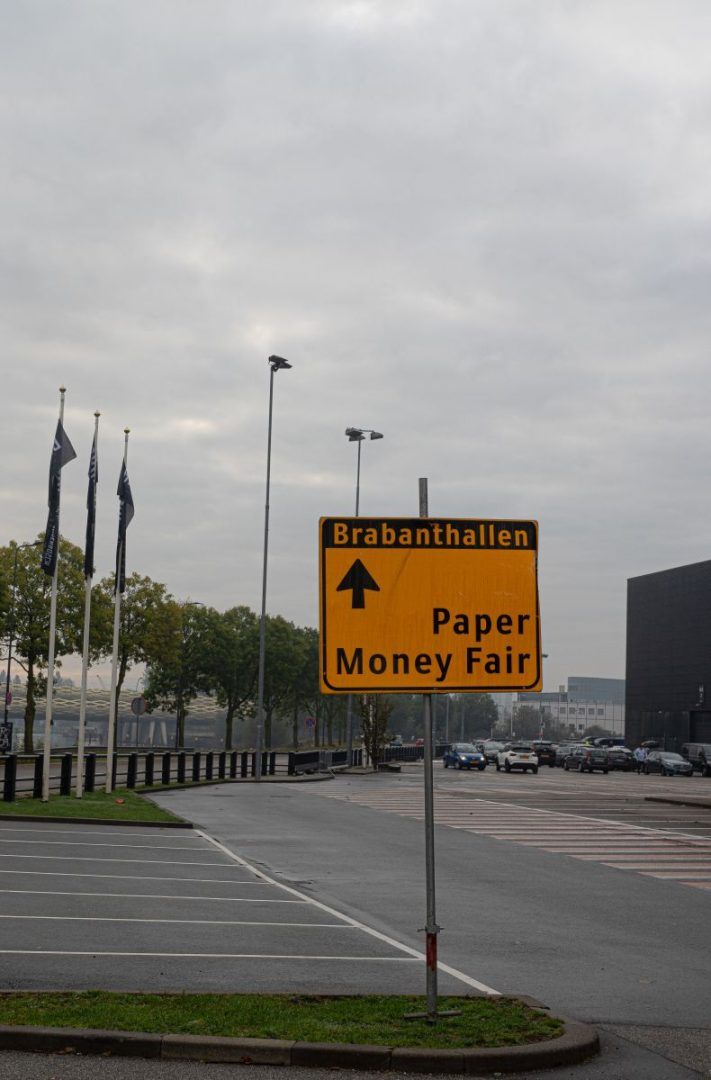 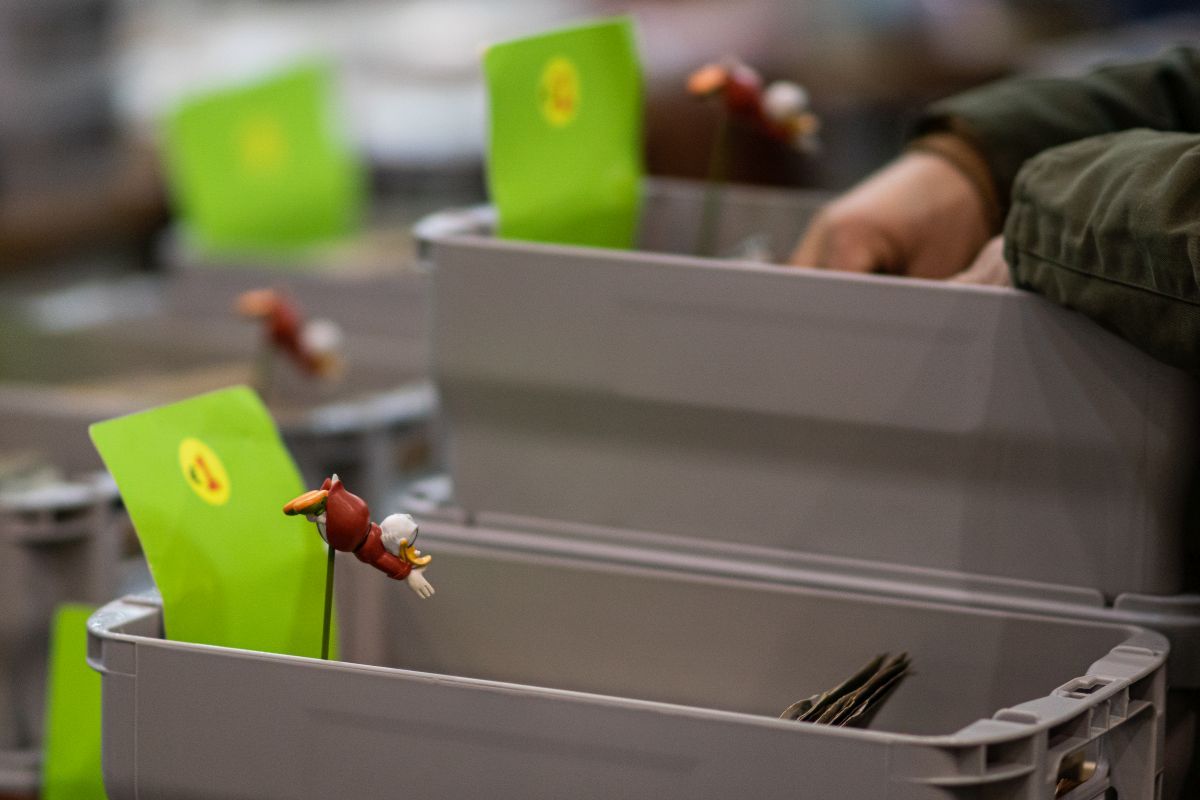 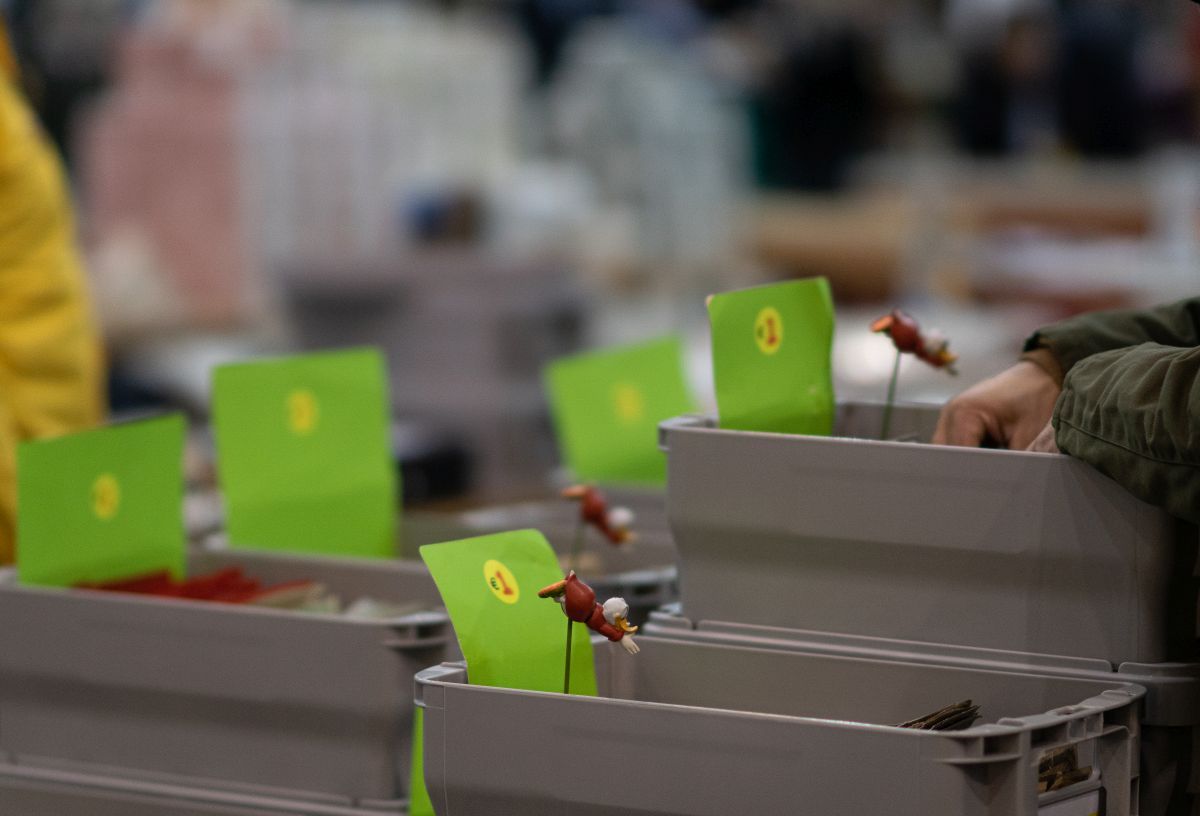 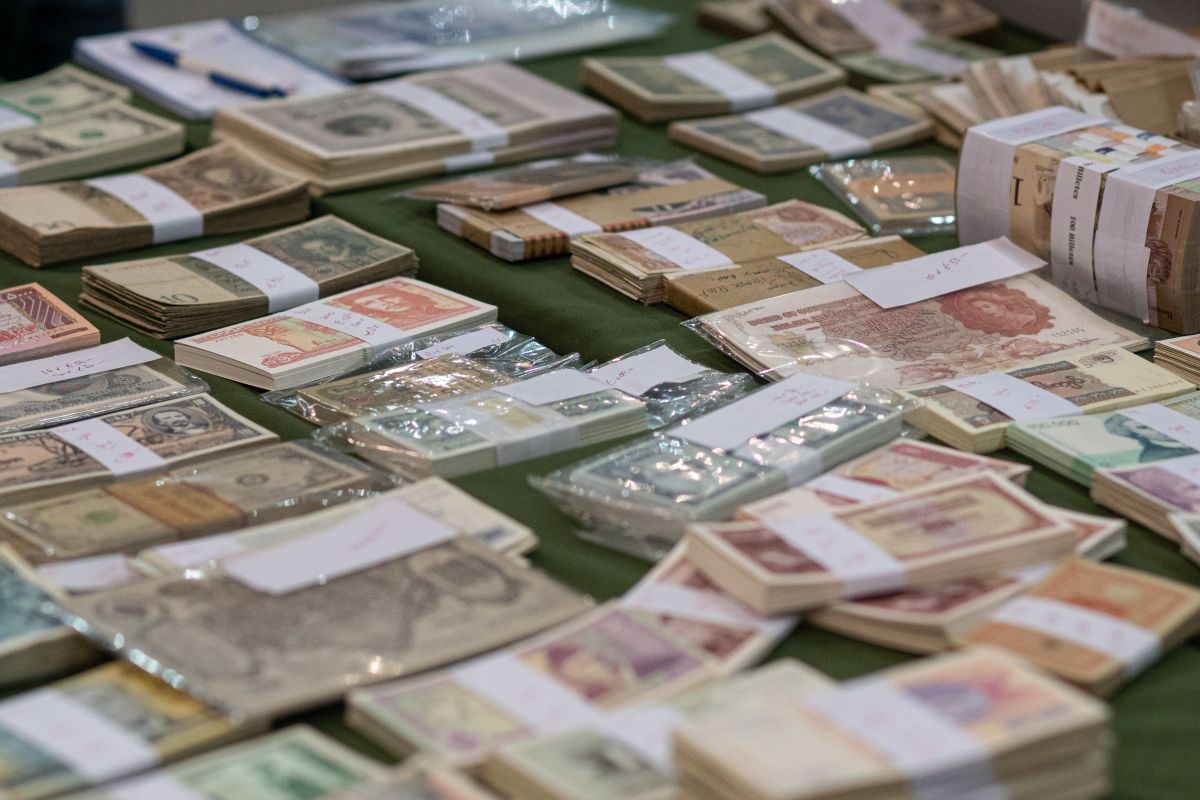 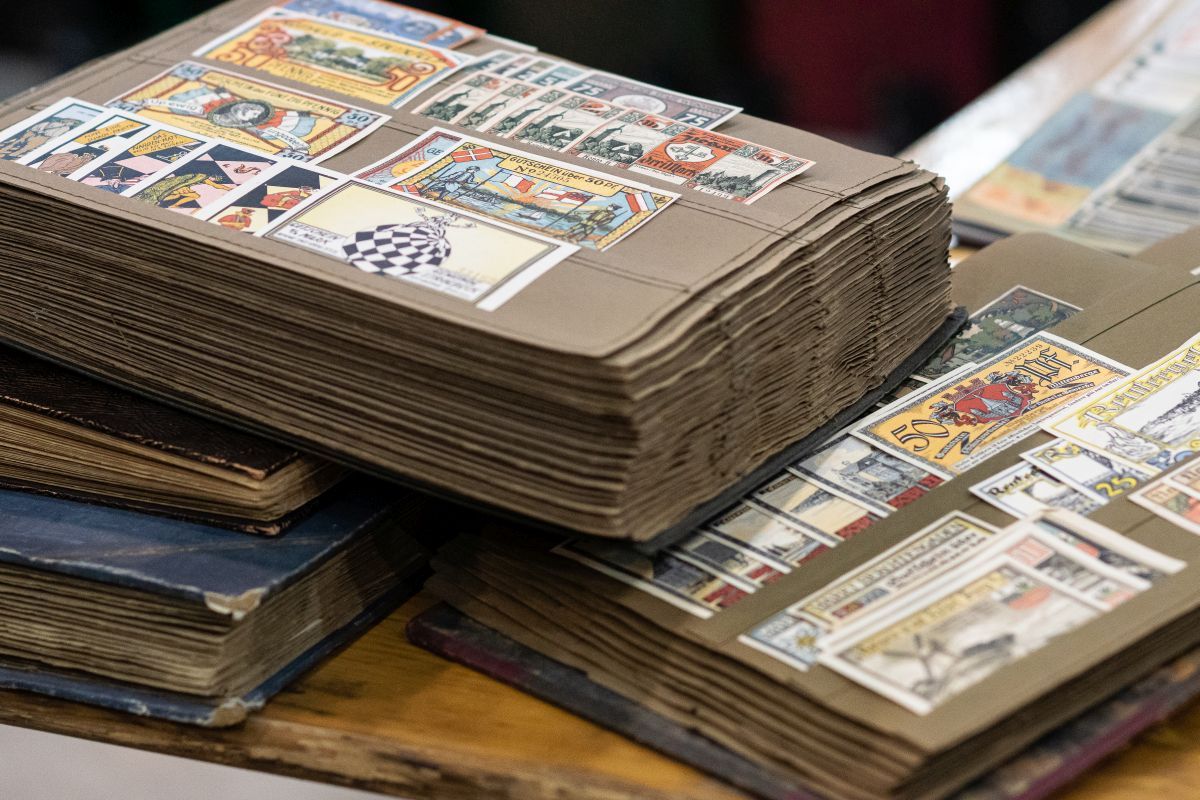 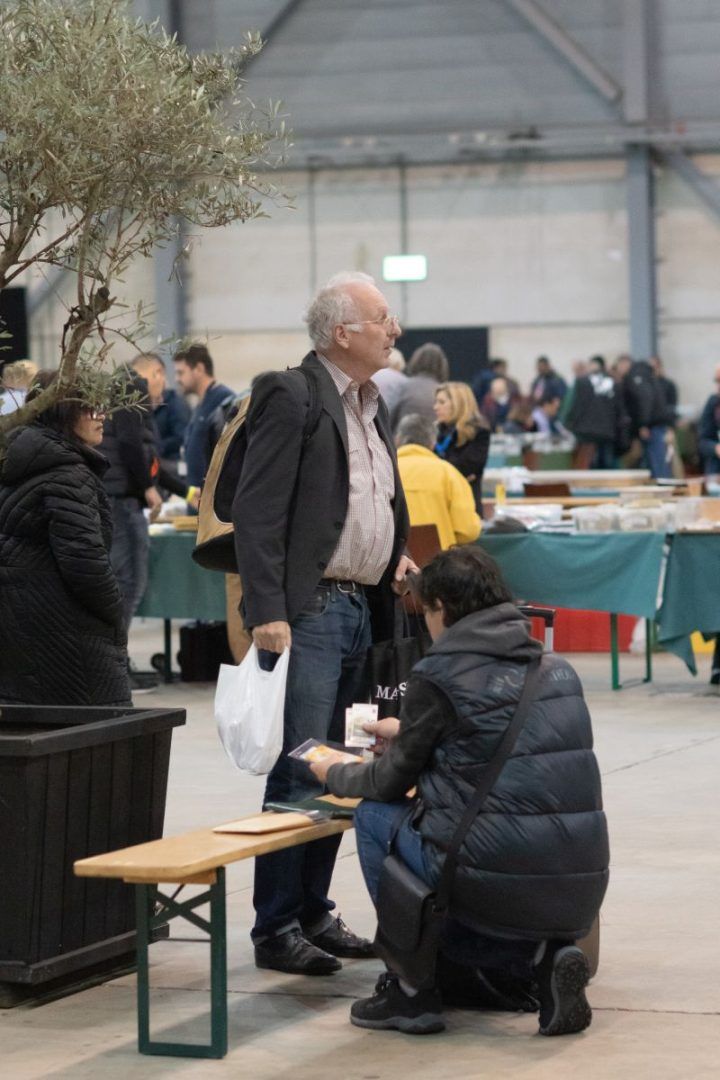 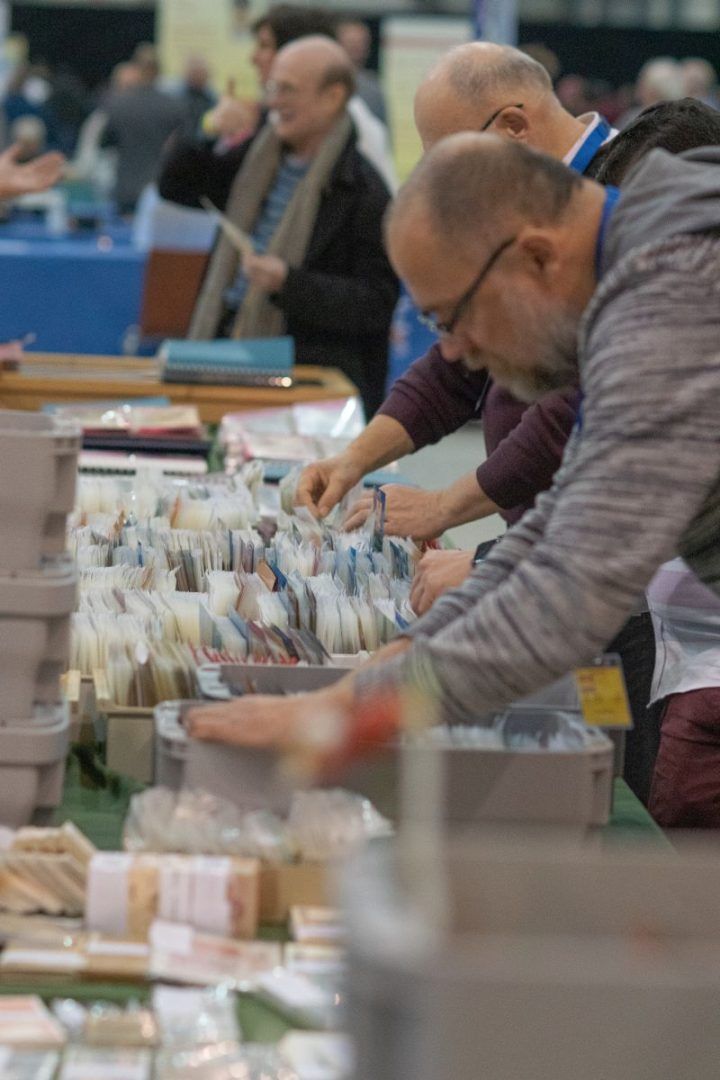 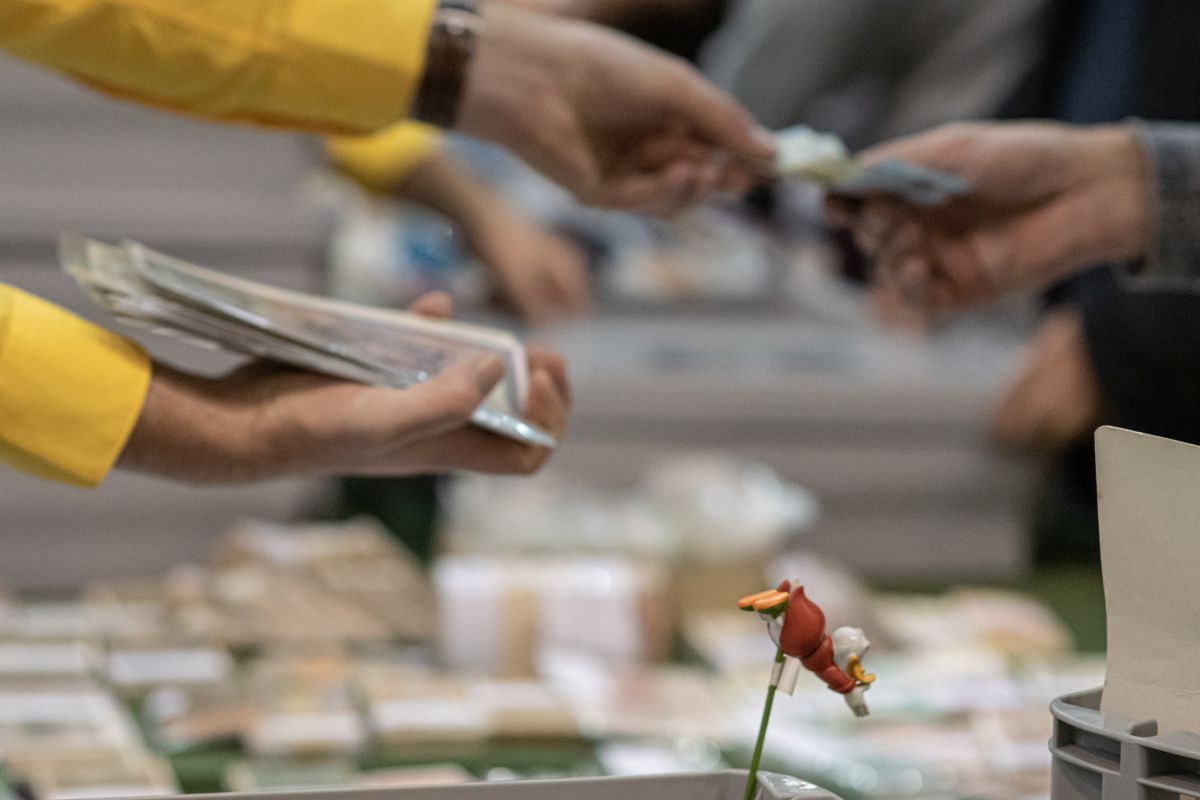 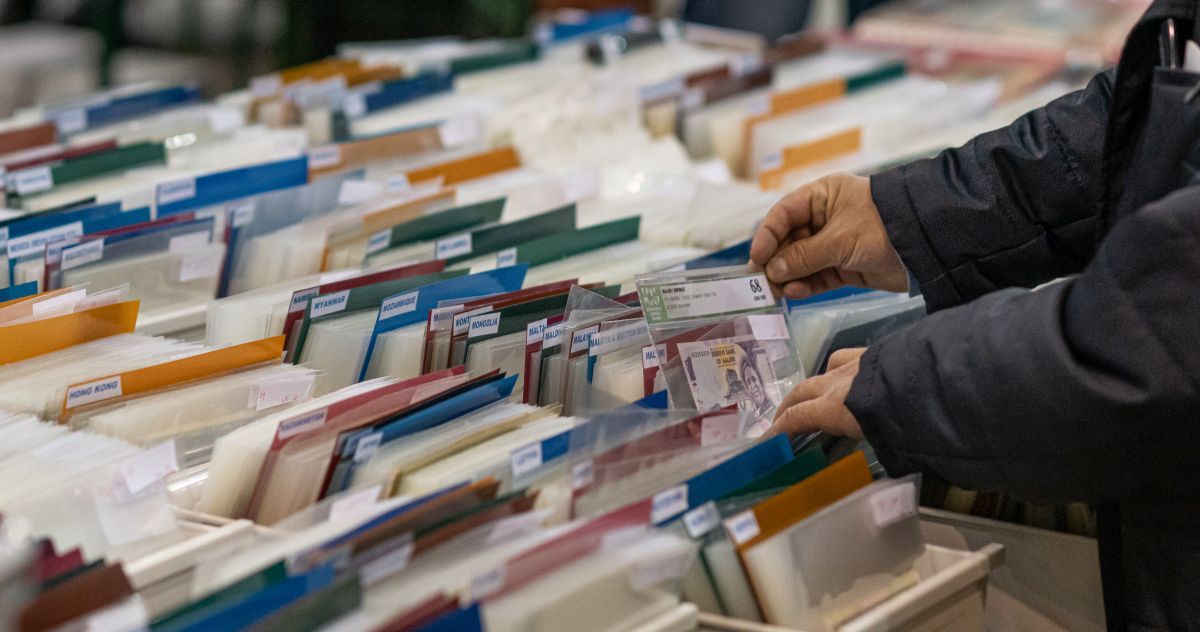 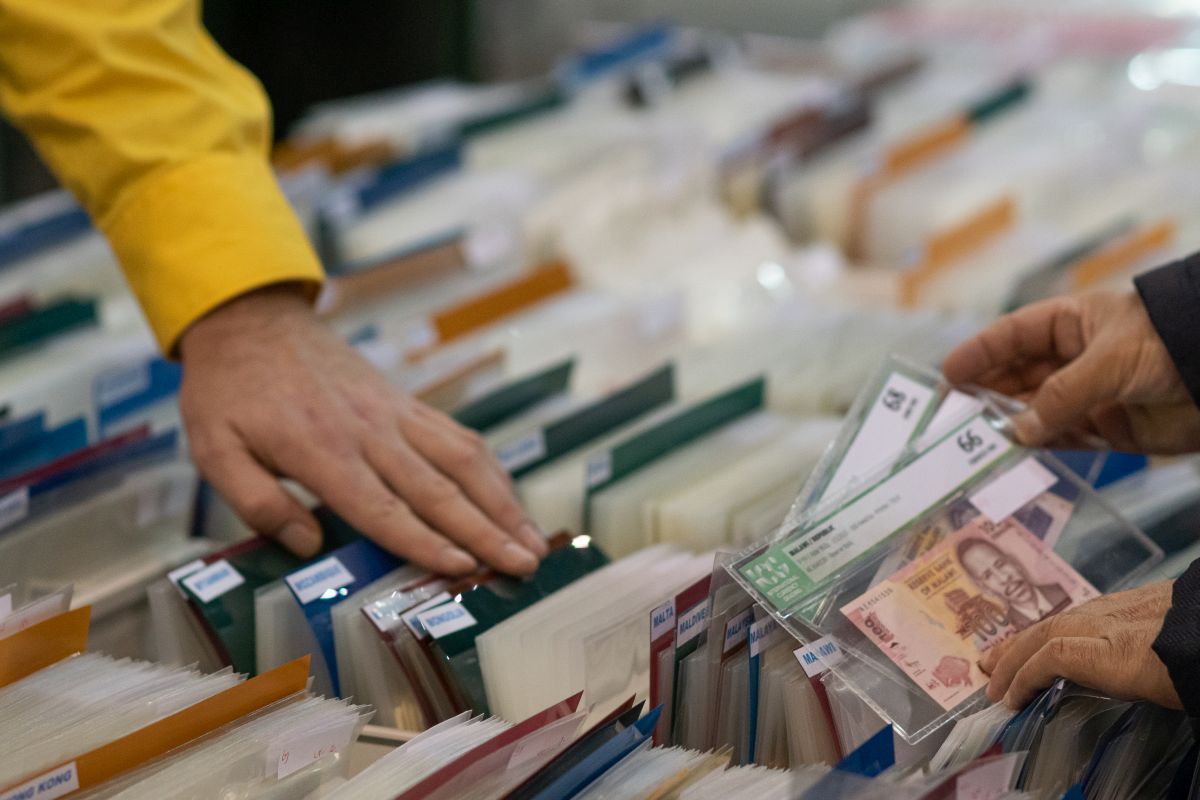 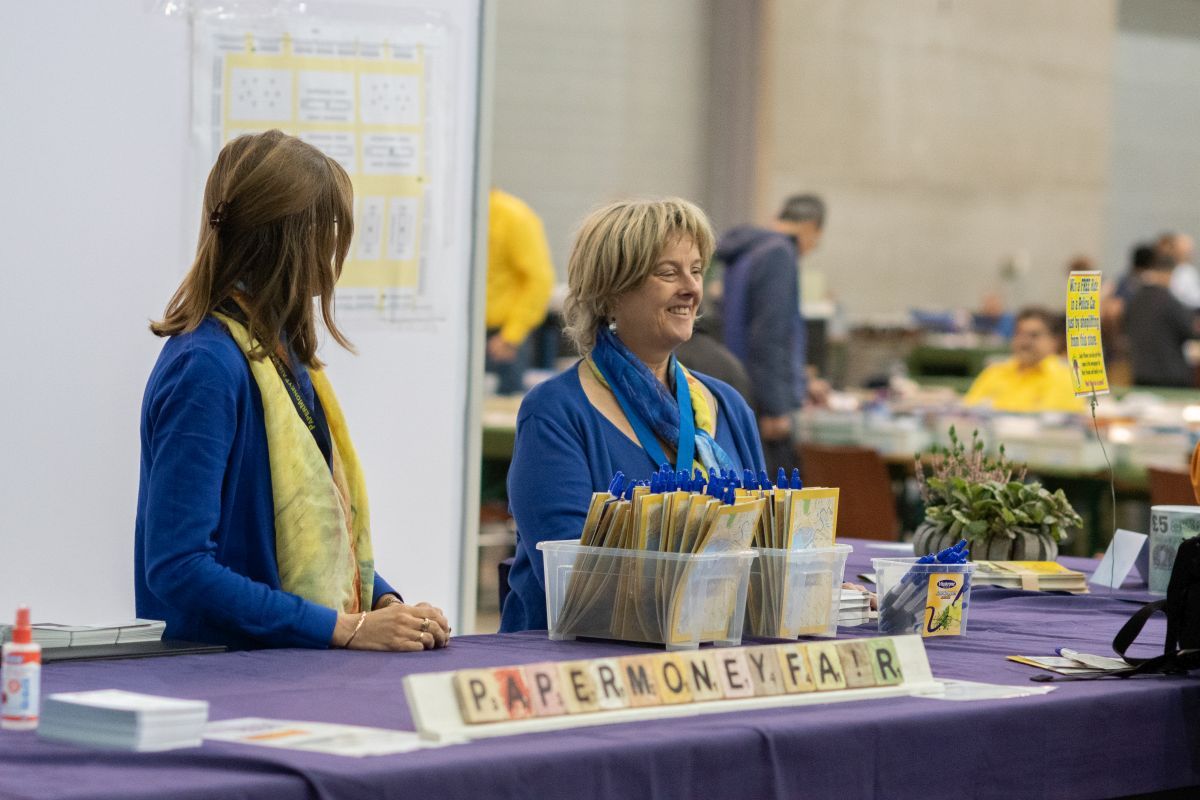 Fact is, the event started in Maastricht, and over the first years the convention halls available there were the right size. But the size of the event – as well as the reputation world wide – grew, and after a few years I could not find a right sized place for the bourse in Maastricht anymore.

So we all moved to Valkenburg some 10KM out of town. Something I do NOT regret at all. Change to “PaperMoneyFair – Valkenburg” ??? Did not seem to be a good idea, since that “Maastricht” was so well established over the years. Also internationally Maastricht is better known because of the EU conventions there about the Euro currency. So the name stayed! See?

When this bourse took place for the first time on March 28th and 29th of 1987 – in Hotel Maastricht back then under the (too long) name “European Continental Spring Paper Money Bourse” there were just 27 names of dealers in the program. On 35 small tables only: Mike O’Grady – Educational Coin Company/David Laties – Victor Schmidt – James of Norwich – Daniel Denis – Gary Snover – Mel Steinberg – Clyde Reedy – Christan Meiners – Van den Berg – Lucien Huyge – Reichenberger – Stan Furman – Spink London – Intercol London – Theo Peters – Rosenberg – Marco Valenti – Jaime Casanovas – Van der Dussen – Robert Kotyla – Ian Marshall – Speijer and also the then organizers Jan Fleer, Marthis Verkooijen and myself. Several dealers on this listing have passed away over the years, others stopped coming by now… no longer in business, old age or health or other reasons… Don’t forget, this was 1987!! As you see: some of the names of the first listing of participants still can be found on this year’s list of participants again.

We wish to express our thanks to all those that supported the bourse over the past years by participating every year again. As it then started under the name of “The European Continental Spring Paper Money Bourse” because of the contrast to the London I.B.N.S. Congress that took and still takes place in the UK in autumn/fall first weekend of October. That event had a similar name so the addition had to express the difference. By now this event has another name too. In 1988 and 1989 the name changed into resp. “The European Continental Paper Money Bourse” and finally “The European Paper Money Bourse”. The name was unchanged until the moment the event had to be moved to Valkenburg. Then the name was adapted to “The European Paper Money Bourse – Maastricht”. Only a few years ago the name was shortened again to just : “Papermoney Maastricht” bourse. For a while also “Papermoney / Bond&Share – Maastricht”. “PaperMoneyFair-Maastricht” (Spring and Autumn/Fall edition!) was the name used for a few years. And now due to the move to another town it is called “PaperMoneyFair-The Netherlands”.

This bourse started as an initiative of 4 Dutch members of I.B.N.S. 3 of them having visited the London Congress of I.B.N.S. for many years already. I was one of them. We all believed that there was a need for a similar event on the European continent since getting to London in October in the years before the Channel tunnel was in operation was not easy. We also believed that is was feasible too. These 4 people also founded the Dutch Chapter of I.B.N.S. So this event started as an I.B.N.S. bourse. Soon this already small group of active and working people for this event got smaller.

Eventually there was a moment where I had to decide to give up the organization (which I enjoyed and loved doing) or continue on my own. I decided to do the latter. Lacking others to assist in this. I ended up doing all the preparation on my own. But also to find fellow collectors from all the world that attend that work as volunteers during set-up day and some during the bourse week-end. Some come a day earlier just to help set up… Many thanks to all of you, specially Mike Turner who over the past years came over for an entire week to help me with the last preparations, and the entire week-end. Twice a year! In the first years as an extra “job” in my off-work-time, next to my full-time job at the Rabobank as cashier in the Head Office, specialized in Exotic currencies and Forgeries. Not making! Detecting! Only since 1993/94 it is my official company “APnC Int.” and later “Eijsermans-Events” that is responsible for the organization. On the week-end itself still with lots of help from friends and relatives as well as volunteers.

I guess – with the growing interest in the paper money hobby over the past few years continued in the years to come – that this event also will continue to grow over the years. In size and in importance for the hobby. But no one of us can predict what the future wll bring. I hope that for many years to come this bourse will continue to exist and will expand.

One can be optimistic, but I rather stay realistic too. But that would create a hotel capacity problem too. Also in the past a number of participants have asked me to organize a bourse in autumn/fall also in the Polfermolen.

For 15 years now that is reality and it promises to be another succesful event for the future. If you have any suggestion, please let us know!

Comments about the last fair

Click on + to see full text
An old friend has a new home: “PaperMoneyFair THE NETHERLANDS” 2021

On Saturday and Sunday, October 23-24, 2021, the “PaperMoneyFair THE NETHERLANDS” was held in the Brabanthallen in ‘s-Hertogenbosch (Den Bosch), Netherlands, 80 kilometers south-southeast of Amsterdam and 130 kilometers north-northwest of its previous location in Valkenburg.  Congratulations to Jos Eijsermans and his team for a well-organized and successful show!

The spring “Netherlands” show was first held in March 1987 with just 27 dealers.  With the exception of 2020 and 2021 (due to Covid-19 restrictions), the show has been held every year, beginning in Maastricht, moving then to Valkenburg and now to Den Bosch.  An autumn show was added to the schedule fifteen years ago.

The dealers’ pre-bourse event was held on Wednesday through Friday, October 20-22:  over these three days the dealers arrived and began their business dealings…  About 125 dealers in total booked tables and attended the show, coming from around the world.  As has been the trend at most all banknote shows over the past few years, fewer collectors attended the show on the weekend when it was open to the public.

PMG (Paper Money Guaranty) was present and accepted banknotes for grading.  In addition to Heritage Auctions, other auction houses including Dix Noonan Webb from London and Lockdales from Ipswich (both in the UK) were also in attendance.  Lindner was present as well, offering their high-quality numismatic products for sale.

More UK dealers were present than at the Aachen show the month before, but with a few exceptions, most all North American and Asian dealers were not in attendance.  As per current Dutch health regulations, masks were not required and vaccination statuses were not checked at the door.  However, at all hotels and restaurants, proof of vaccination and/or current test results were meticulously checked, so one did feel safe.

On Friday evening, an International Bank Note Society (IBNS) dinner was held at a local restaurant for members and friends.  35 people attended the event, headed by Pam West, current President of the IBNS.  On the following day, IBNS members gathered for a group photo, which was far from complete as many member dealers were manning their tables doing business.

There was nostalgic yearning for the old location in Valkenburg, our former home for so many wonderful years.  The new location was farther for some and closer for others.  The best advantage of the new location was the Brabanthallen, a huge convention center hall that enabled all dealers to be together in one hall with much room for social distancing.  Another highlight of the location was the local specialty, Bossche bollen.  A Bossche bol (Dutch for “Bosch sphere”), sometimes called chocoladebol (“chocolate sphere”) in its city of origin, is a pastry from ‘s-Hertogenbosch. It is a large profiterole (cream puff), about 12 cm (5 in.) in diameter (somewhat larger than a tennis ball), filled with whipped cream and coated entirely or almost entirely with (usually dark) chocolate fondant icing.  Decadent perhaps, but oh so delicious!!!

Thank you for your organisation of the recent show

It was as always very smooth and efficient.

It was great to see so many dealers/collectors again after so much time.

It was very successful for me and I hope it was for you too.

I did not get chance to book for April on the Sunday but can confirm that I will definitely want a table.

Stay well and maybe also we will meet at another show somewhere before April.